Ahmed Al Mazrouei is an Emirati inventor who shows a great passion for the automotive world and has an extensive experience in mechanical and electrical fields.
Al Mazrouei was born in the United Arab Emirates in 1980. His passion for the world of vehicles began at a young age when he was seven years old. Between 1999 and 2000, Al Mazrouei became the first Emirati to build all by himself a four-wheeled car used on land. Al Mazrouei did not obtain an engineering degree. However, he persevered in learning and researching physics, chemistry, and engineering until he became the first young Emirati to hold the title of an inventor, recognized by the scientific and industrial community in the UAE. His achievements reached 120 inventions approximately. It varied between remote-controlled robots, artificial intelligence devices, and armored vehicles to serve the military sectors. Al Mazrouei has invented and designed all these machines with fully Emirati hands to develop his country, the UAE.
In 2015, Ahmad Al Mazrouei's won the Best Entrepreneur of the Year award, among many other awards and recognitions.

The Emirati inventor started his career when he was in his last year of high school by inventing a four-wheel-drive land vehicle in 2000. Later in 2003, he modified this invention and registered it in the name of the SBC car, which reached a speed of 220 kilometers per hour.
Al-Mazrouei entered the robotics industry in 2004 by inventing mounts to guide camels during camel races. This machine is a robot installed on the back of a camel and is controlled remotely by remote control. The device includes a voice control system and remote control for even longer distances. Al Mazrouei also developed and manufactured various devices for camel racing in 2007.
In just ten years, Al Mazrouei was able to create five different advanced models of robots with the support of his Highness Sheikh Humaid bin Rashid Al Nuaimi, a member of the Supreme Council and Ruler of Ajman. Each of these robots operates differently. In 2009, he designed a four-wheeled bicycle for parks and resorts, then modified the design in 2010 to make the bike run on both solar and electric energy.
The year 2010 witnessed more inventions by Al Mazrouei, as he came up with a device for hunting birds. In 2011, he invented another device for training falcons on hunting. This device consists of three major parts formed as a robot connected from its middle to a straight, arched strap attached to the prey. The strap is made of Carbon fiber material and is covered with a sponge to be safer for birds. The robot is controlled by remote control, and its speed reaches 140 km/h. Al Mazrouei's achievements also included a mobile target for shooting training and practice in 2012.
Ahmad Al Mazrouei began creating and designing multiple projects for private companies and government institutions in 2013 and continued until 2020. The year 2013 witnessed the establishment of a metal industries company.
Inventor Ahmed Al Mazrouei did not stop here. However, he continued his work to establish the Innovation Center in 2015 to support and train students and inventors, believing in the importance of education for the future generations who will give their experience and knowledge to the UAE.

Ahmed Al Mazrouei has won many awards and honors for his achievements for the UAE and other countries in the field of technology and innovation, namely: 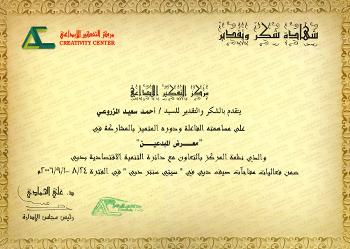 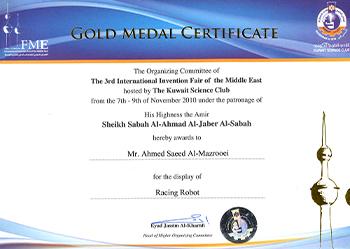 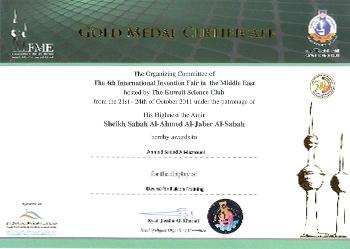 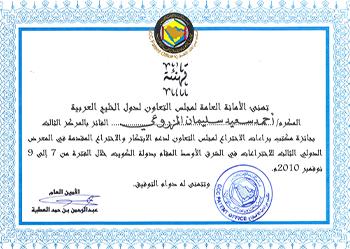 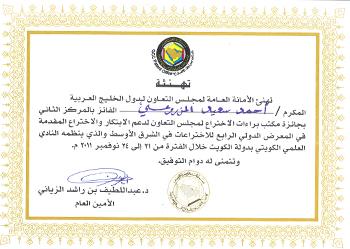 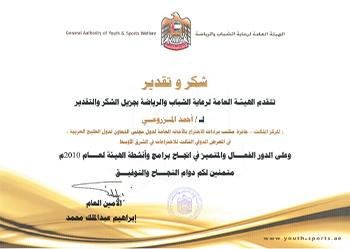 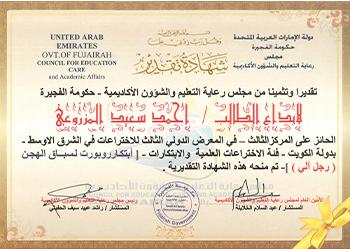 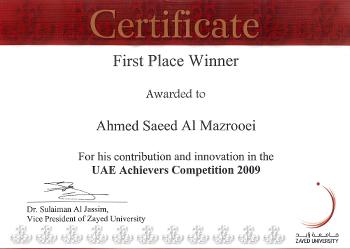 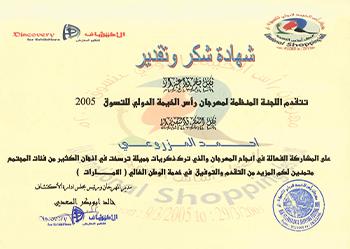 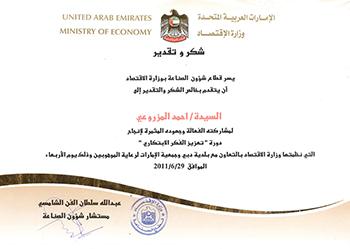 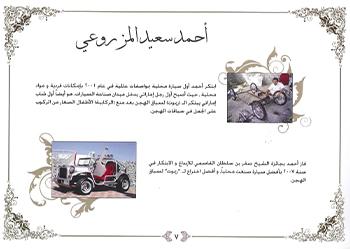 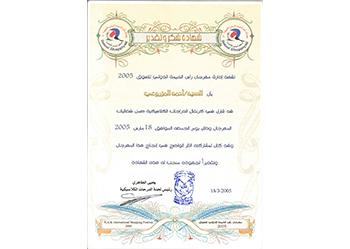 Copyright © 2022 AM Industries. Designed By PLAN A AGENCY